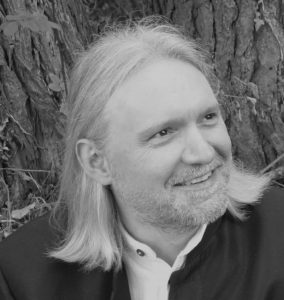 With artworks by Joachim Krebs

Upcoming exhibition:
Badische Landesbibliothek Karlsruhe, 8.03.-8.06.2019
Music exhibition on the artistic work by Joachim Krebs
With concerts and lectures
In Co-operation with the Center of Art and Media (ZKM) and the University of Music Karlsruhe

Exhibition: „Move! – 1968 and the Consequences in Karlsruhe“
Stadtmuseum Karlsruhe, 27.04.-14.10.2018
Presentation of original documents by the musician Joachim Krebs (kb, comp) as a member of the political rock band „Checkpoint Charlie“
more… 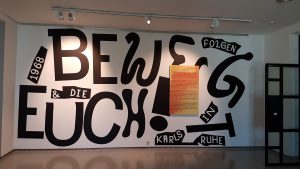 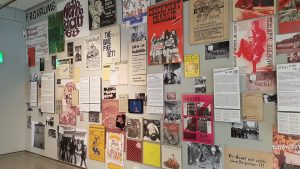 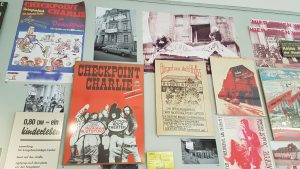 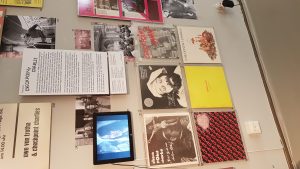 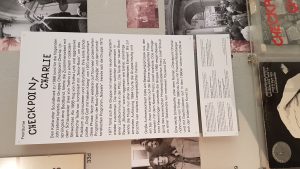 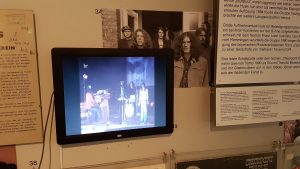 Collection of the ZKM: “SonicRooms” and “MicroSonical Shining Biospheres No.1”
Acquisition of the artworks, from October 2018

Exhibition
Joachim Krebs: Deleuze and the Sampler as an Audio Microscope
Center for Art and Media Karlsruhe, ZKM Medialounge 18.05.-16.07.2017
Exhibition on the artistic work by the composer and artist of sound art Joachim Krebs
Including the presentation of works by the artist couple <SA/JO>
more… 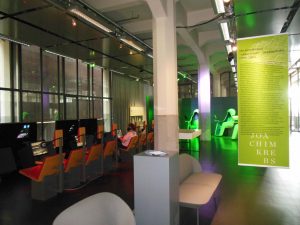 Lecture
Sabine Schäfer: Microscopic view into the sound of nature
The micro and macro cosmn of nature in the works of the couple of artists <SA/JO>
Center for Art and Media Karlsruhe
ZKM Medialounge at Six, 1. June 2017, 6 p.m.
more… 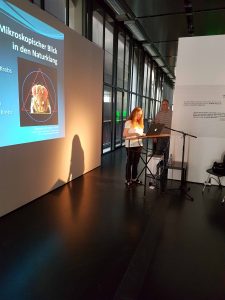 the german version was published by “Neue Zeitschrift für Musik”(NZfM), may 2014

In his poem ‘Horae Canonicae’ the English poet W.H.Auden wrote the following lines:

You need not see what someone is doing
to know if it is his vocation,
you only have to watch his eyes:
(…)

You only had to watch the eyes of Joachim Krebs to know his vocation: he was a composer and he was a sound artist. For him these became one vocation. Each informed the other to produce a multi-faceted practice that was more, much more, than any single activity. But in watching an artist’s eyes we should also remember that behind a real vocation is a rich and complex personal history.

Cautious is needed in claiming that characteristics of an artist’s mature development can be detected in early works. Artistic outputs are seldom so regular or so easily classifiable. In the late 1960s Joachim was a member of the experimental rock/theatre group Checkpoint Charlie. Joachim and I were almost the same age and, despite our different backgrounds and different countries, we realized during many conversations that we shared common, adolescent memories. We both knew that many young rock musicians expressed youthful, idealistic enthusiasm rather than real political awareness. Consequently, is the term ‘experimental’ inappropriate when applied to a rock group when rock music’s material can easily revert to a language based on harmonic and rhythmic clichés? The answer is ‘no’. For Joachim ‘experimental’ was indeed an accurate description of Checkpoint Charlie’s ethos. The 1960s were, of course, times when political reality – particularly in Germany – led to forms of social engagement through all genres of music. The connection was inescapable. Today, the name Checkpoint Charlie might be remembered merely as a crossing point between a divided city. For Joachim and others it was surely a symbol that demanded constant reinterpretation in order to remember what the barriers and dreary buildings (which I remember well) represented: the violent collision between two ideologies and the realization that the world did not always present a unified, easily grasped truth. Moreover, two threads from these times continued to run through his subsequent work. First, Joachim’s early experiments with tape recorders confirmed the role of technology as a means of exploring and bringing to the fore the hidden world of sound and nature. Second, a concern for social engagement can be identified which, for Joachim, also led to a highly developed sense of ecological awareness. These aspects of his work merit closer examination.

The use of the synthesizer in the 1970s maintained Joachim’s involvement with technology. All musicians who used synthesizers during this period will remember the gradual, and frequently uneasy, change from analogue to digital technology. Joachim rejected the standardization that went hand in hand with commercial developments in synthesizer design and manufacture. He turned instead to the particular functions of the digital sampler in order to discover as yet unheard worlds of sound. This kind of exploration can be compared with another pioneer’s work. During the 1940s and 1950s the Frenchman Pierre Schaeffer also used technology that was often intended for other purposes within the broadcasting medium. Used in this subversive manner Schaeffer asserted that ‘There is a creative power of the machine (…) machines suddenly are not content to retransmit what was given to them they have begun – as if of their own accord – to make something’. Technology becomes active. Devices such as the tape recorder could go beyond their immediate function of recording and playback to reveal aspects of sound unnoticed under normal conditions. In Schaeffer’s case the process of sampling was achieved by the shellac disc, the phonogène and magnetic tape. Joachim understood that samplers can record and reproduce sounds but they can also transform them by reversal, acceleration, deceleration, fragmentation and combination. He considered the sampler as a Klang-Molekularisierungsmaschine and, drawing on the writings of the philosopher Gilles Deleuze, he investigated the way sound as a material substance is held together. The sampler thus became an instrument for what might be considered a method of forensic sonic investigation. It became what Joachim referred to as an EndoSonoSkope. Mikroskopie is a common scientific term but the distinction between the microscope and endoscope is important. By contrast with the microscope which examines the objects from the outside, Joachim’s intention was to delve into the inner world of the sound. To hear its inner life. By accelerating and decelerating sonic events and processes that were previously inaudible, the microworld of sounds surrendered unheard phenomena and provided an insight into the previously inaudible world of nature. To quote a paraphrase of Paul Klee from the text accompanying the CD ‘TopoPhonic Spheres’: ‘(Klang-) Kunst gibt nicht das Sichtbare (Hörbare) wieder, sondern macht sichtbar (hörbar).’

The series of four ‘Artificial Soundscapes’ illustrates both the use of the techniques derived from the sampler to ‘make the inaudible, audible’ and Joachim’s aforementioned ecological sensitivity. All the sounds originate from natural sources; the artificiality results from the techniques of digital processing which allows the inner character of sounds to emerge for the listener. The natural/artificial dualism thus created, forms a field of possibilities within which Joachim could create sound ‘molecules’ which were transformed and combined in dense or transparent polyphonic webs. The sounds retained their origins not because they could be identified – the transformations and repetitions often prevented such exact recognition – but because the characteristics of the sounds from insects or water retained their organic beauty. The form of the work is not imposed from ‘outside’. It results from the consistency with which the sounds are literally composed and a tripartite relationship between art-nature-man mediated by technology is made explicit. Are the ‘Artificial Soundscapes’ electroacoustic compositions properly speaking? They can certainly be considered as such. Nevertheless, Joachim’s intention was to establish a type of acoustic art that is located between traditional categories.

It is impossible to provide a comprehensive discussion of Joachim’s wide-ranging interests. Later developments such as the ‘ProsaPhon’ Klanginstallation at the ‘Poesie als Kunstklang’ exhibition in Berlin reveal another facet of his skill in fragmenting and re-configuring sounds. Poetry need not – should not – remain as text on the page. The acoustic nature of the spoken word evokes precisely the sonic qualities evident in Joachim’s work. We hear the fleeting qualities of sound that resist being fixed by the recording process, the subtle changes of timbre and intonation as well as rhythmic inflections and the interplay between the concrete and abstract. ‘ProsaPhon’ was a joint work and, of course, no discussion of Joachim Krebs’ work can be complete without reference to his artistic partner Sabine Schäfer. Though each artist produced individual works (see: www.sajo-art.de) their collaborations resulted in sound works of profound beauty. Joachim created his ‘Artificial Soundscapes’, Sabine produced her Raumklangkunst-Projekt ‘TopoPhonien’. Joint projects reveal their common interest in natural sound and noise events. For example, ‘AquaAngelusVox’ from 1997 is a RaumklangKomposition where sounds from water, bird and female voices are collected and transformed to be re-presented as sonic material by means of the EndoSonoSkopie techniques. Another more recent project is that of the audio-visual installation ‘SolarSonical Insects’ exhibited at the ‘Sound Art. Klang als Medium der Kunst’ exhibition at ZKM, Karlsruhe in 2012/13. In this work 7200 images of the sun from the ‘Solar Dynamic Observatory’ are compiled into a video of 10 minutes 30 seconds. These accelerated images are transformed into a stunning, slowly evolving, disc. This is accompanied by recordings of insects such as cicadas and crickets. By contrast with the accelerated images the recordings are slowed down. Both processes allow the viewer to access both the micro- and macro-dimensions of nature. Neither dimension could be experienced without such a breathtaking artwork. Moreover, their typology of sound installations will be of lasting benefit to artists and students. I am certain that Joachim’s presence will be evident in Sabine’s future works. His journey went from tape collages to the Bonn ‘Beethoven Prize’, from KlangMikroskopie to poetry as a sound art. It is with great sadness that I am only now gradually realizing I can travel no further with him.

Another English poet, the Romantic Percy Bysshe Shelley wrote in his ‘In Defence of Poetry’ that poetry ‘lifts the veil from the hidden beauty of the world’. Joachim Krebs’ work enables us to hear the world’s hidden beauty and that, surely will be his lasting legacy.

John Dack lives and works in London (UK). He is musicologist, specialized on electro-acoustic music and
sound art and he works as Senior Lecturer in Music and Technology at the Middlesex University London.